I’m 63 and posted here before about my beast of a scooter, as some here referred to it.

It’s been a wonderful experience riding w/o getting all smoged by my own bike, as was the case from when I was a teen on my first bike, a mobetecane moped… from there all the way up to age 61 when I bought my first beast.

Took me forever to get some spare tires shipped. Now I have plenty; and I figured out what has to be done to get the rear tire changed. Wanted a spare scooter, but they wouldn’t ship me just one (again), so I bought 2 more.

Not long after they arrived I was trolled by a road rage person who tried to get me to fall off my stand up (and sit down) scooter. So I went around to see if he was even a resident of this isolated community that is 22 sq. miles and only 750 ish home sites, that only has homes on half the available sites.

He ended up coming back to the street from his home and ended up lunging at me on my scooter. I don’t call the police here. They hate single men who think for themselves (yes red state fly over country). I ended up being charged w/ a crime (even tho I have video of it, they never bothered to asked me for my side)…

But even before this, I could see it in many faces as I rode around this community, most of which has homes hidden from the street. So they would make a point of going to the street to give me the scowling stink eye. Don’t get me wrong, some ppl were cool about it… But it turns out, one never out grows the old fuddy duddies. They are eternal. Do others see a lot of hate or animosity for their rides or for simply riding and enjoying their scooters? 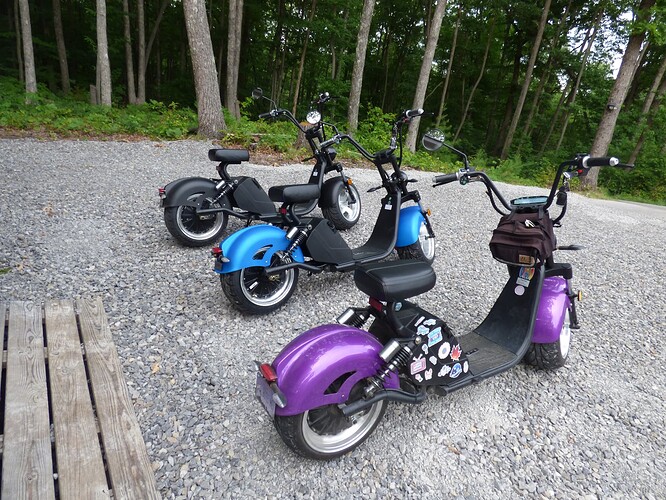 Over 20 years of riding motorized stand up scooters… and the #1 problem is not being seen by drivers.

I had a student driver look straight at me. Not realize i was doing 25 MPH and pull out in front of my path… I went to jump the curb as their instructor decided it was time to practice parking…Yeah that one hurt and my whole front ends was ruined.

Now I ride with blinking LCD string lights under my deck and do what I can to stand out and if that means annoying people… good.

And honestly most people look at me dumbfounded because I just passed them doing 40 MPH with no license, plates, insurance, registration, or gas $$$ and their brain skips…because they realized at that moment how stupid they really are.